Eustis Roofing Co. was founded in 1959. Rod Reisman moved to Lake County in 1982, and he was hired by Eustis Roofing Co, as a ground clean-up laborer, which would be considered the first entry-level position in the roofing business. He performed very well and was soon taught every position in the roofing crew by the owner of Eustis Roofing. After performing every job in the roofing crew, and literally learning the business from the ground up, Rod impressed the owner so much that when the owner thought about retiring, he and Rod were able to make arrangements for Rod to take over the company in 1989. Since that time the company has grown, has ventured into different products and services associated with roofs, and is now full-service roofing and metal fabricating enterprise.

The Reisman FamilyThe installation of Architectural-grade fiberglass shingles constitutes the largest segment of our business. We also install metal roofs, specialty roofs, flat roofs, and manufactured-housing roofs. We are the largest seamless-gutter company in Lake County, and we install solar-powered roof fans and skylights.
In addition to being very well-respected in the areas mentioned above, we are well- known for identifying and repairing roof leaks. Often times leaks appear on a homeowner’s ceiling 30 or 40 feet from the source of the leak on the roof. We employ the very best, most experienced specialist in leak detection in Central Florida. If you have a leak that other contractors have been unable to locate, or if you have a leak that other contractors have repaired for you, for which you paid them, and it starts leaking again in the same spot, please call Eustis Roofing. All of our work is done right the first time.

The Reisman FamilyThe installation of Architectural-grade fiberglass shingles constitutes the largest segment of our business. We also install metal roofs, specialty roofs, flat roofs, and manufactured-housing roofs. We are the largest seamless-gutter company in Lake County, and we install solar-powered roof fans and skylights.

In addition to being very well-respected in the areas mentioned above, we are well- known for identifying and repairing roof leaks. Often times leaks appear on a homeowner’s ceiling 30 or 40 feet from the source of the leak on the roof. We employ the very best, most experienced specialist in leak detection in Central Florida. If you have a leak that other contractors have been unable to locate, or if you have a leak that other contractors have repaired for you, for which you paid them, and it starts leaking again in the same spot, please call Eustis Roofing. All of our work is done right the first time.

Rodney Reisman is at the head ERC’s pack leading the team with the hardest work ethic out there. He is good at details and has the experience to pinpoint the problem and develops the best possible plan for a solution. Rod estimates jobs for homeowners as well as blueprints for commercial projects. Rod loves to be outdoors working on projects around the property and occasionally “relaxes” on the golf course. This man is competitive! Cheryl Reisman is passionate about ERC’s customer care. Cheryl develops plans of action to best ensure our customers have the information to make the best selection when it comes to the roof installation decisions by providing the information and finding the best structure to ensure everything flows together with efficiency. Cheryl is also passionate about health, fitness and her 8 grandchildren! If Cheryl’s not at home you’ll find her with the sand between her toes. Jason Reisman, ERC’s General Manager is a problem solver! Jason is hands-on with finding solutions to difficult problems as well as constantly researching, exploring new concepts, discovering new inventive ways and is passionate about being the most experienced, most knowledgeable and most dependable in the roofing trade. He’s hands-on with training and instruction ensuring every job have the up to date and state of the art equipment to perform with precision to be in and out without delays. Jason loves competing with his Dad on the golf course! Amber Reisman handles ERC’s Accounts Payables providing financial, administrative and clerical support to the ERC Team. Amber is an incredible artist if she can find any spare time between chasing around her two little ones. Christina is ERC’s job production wizard! Christina handles job scheduling, ordering of job materials going over job details with the homeowners, permitting, scheduling job inspections – sees every job through to completion! (She is a expert juggler!) Christina enjoys boating with her family and LOVES muscle cars! 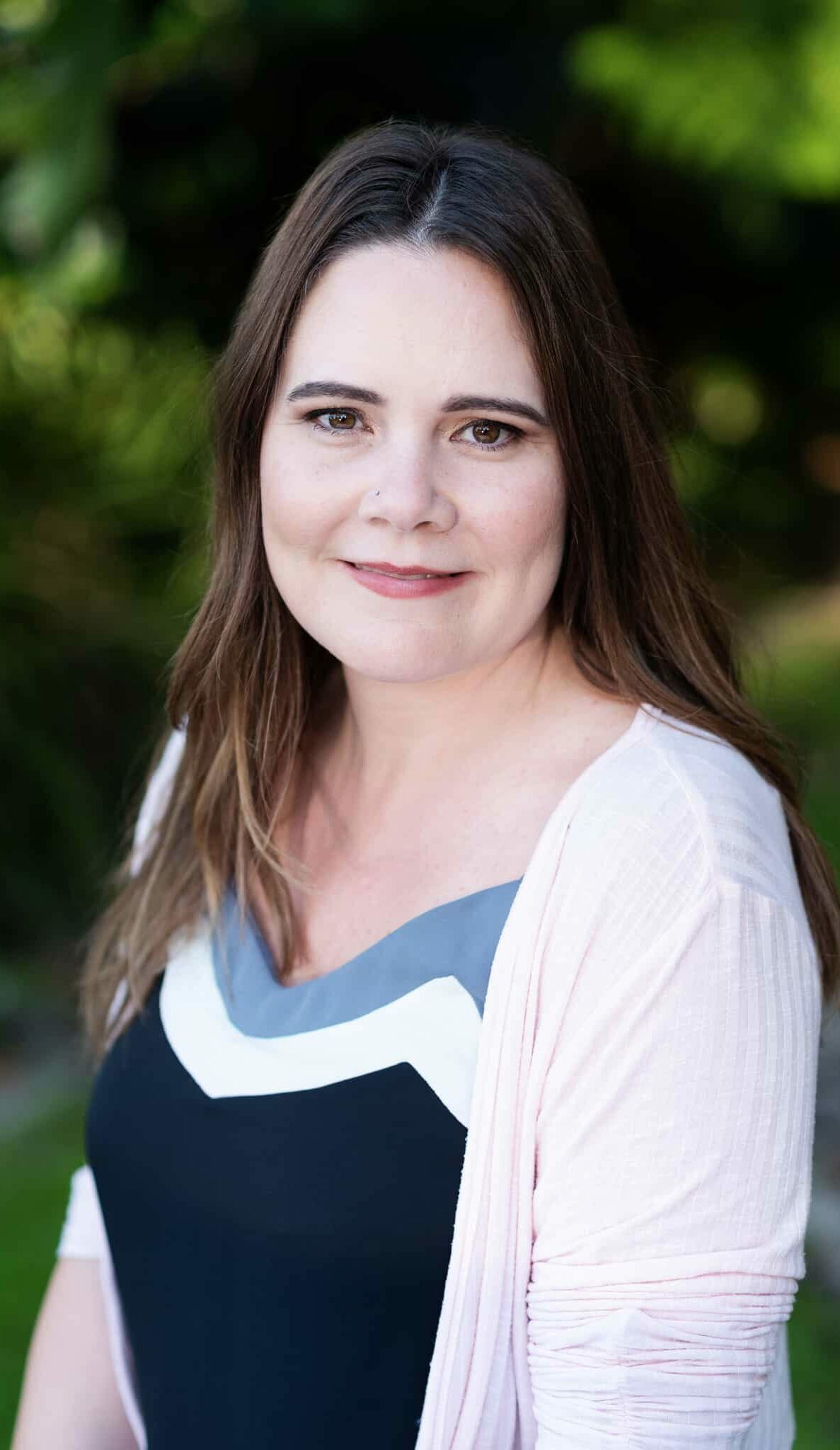 Dan Vancak is a part of ERC’s sales team. Dan has been in roofing sales for over 20 years. He has about seen it all! Dan has a vast knowledge of roof systems, applications and the best course of action. As knowledgeable as Dan is about roofing he is always looking to expand his knowledge base. A family man at heart and just recently has become a father filling his heart with great joy! Jordan is a part of ERC’s sales team. An Army 173rd Airborne Infantry Paratrooper and Expert Marksman! He is an expert as well at putting eyes on your roof, measuring and quoting the job. Jordan had been stationed in Italy and when coming back to the States was looking for a hands-on occupation to raise his family. Jordan chose to roof and loves the trade! Jordan is a family man – he takes great pleasure being a Dad and enjoys the basketball court in his free time. Rich Smith is a part of ERC’s sales team. Rich is a down to earth man who if he doesn’t know the answer he will find it! You’re in good hands with Rich – his ethics are exemplanary. Rich takes great joy in supporting his son playing baseball and his daughter in basketball. Truly a fun-loving guy who enjoys people. On the weekends you’ll find Rich volunteering at the local VFW giving support to our veterans. 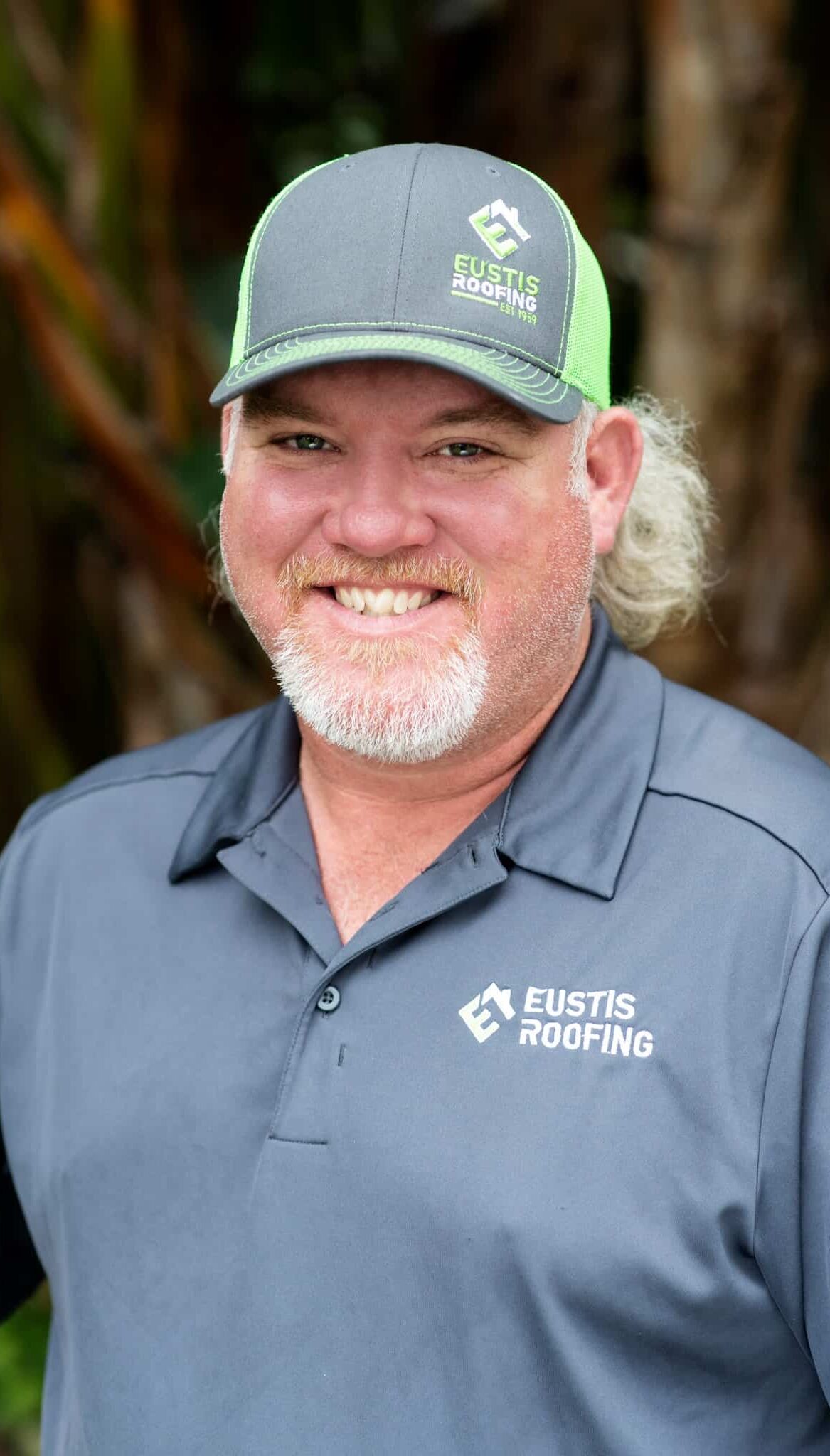 Richard Reisman is part of the family! Richard is the head of ERC’s Construction Operations. Richard meets with the homeowners, instructs the crews to each job detail, oversees the job production ensuring expert installation inspecting jobs and ensuring customer satisfaction. Richard is also an expert at mouth-watering BBQ! Rob oversees ERC’s roof care and maintenance operations. Rob is extremely attentive to detail and an expert work craftsman! He is an asset to our team and can handle the details in completing roof repairs, maintenance and care to service your roof for the longevity of the roof life. When not at work you can find Rob out on a lake with his fishing pole. Bass fear him! 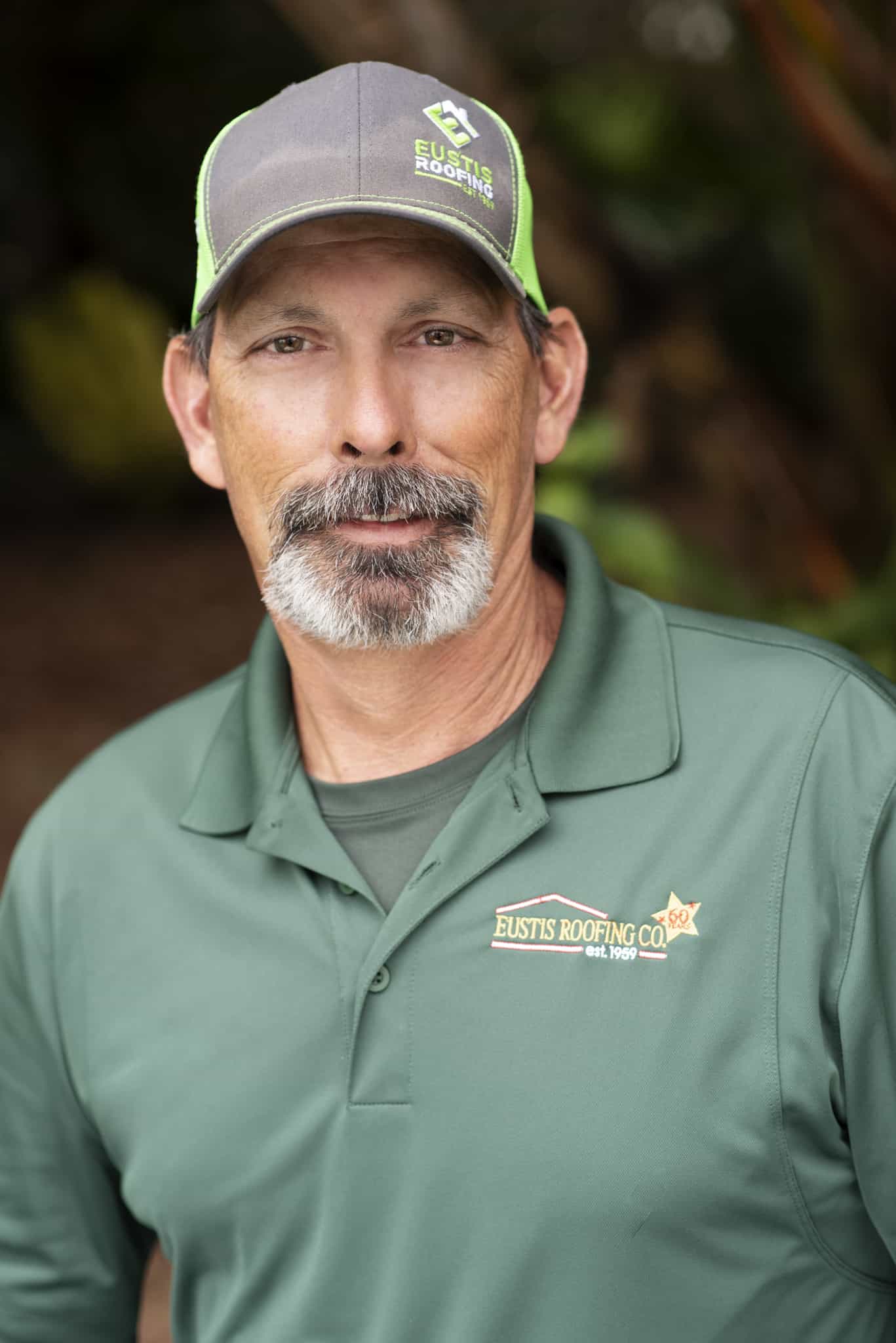 Alejandro Maldonaldo is one of ERC’s top repairmen. Alex started with ERC as a young man working on a re-roof crew, overseeing jobs for close to 15 years and then moved away to the cold state of Nebraska to be near family staying in the roofing trade. A few years of some cold winters and Alex moved his family back to the sunshine state! We were thrilled to have him back with us! It takes an expert roofer to be an expert roof repair tech. Alex has a complete understanding of the roof, has a keen awareness of water and how it can travel and how to take the best approach to find and stop a leak. Alex has a beautiful family and is totally devoted to them. We are so thankful the sun and the beach called him back home with us. 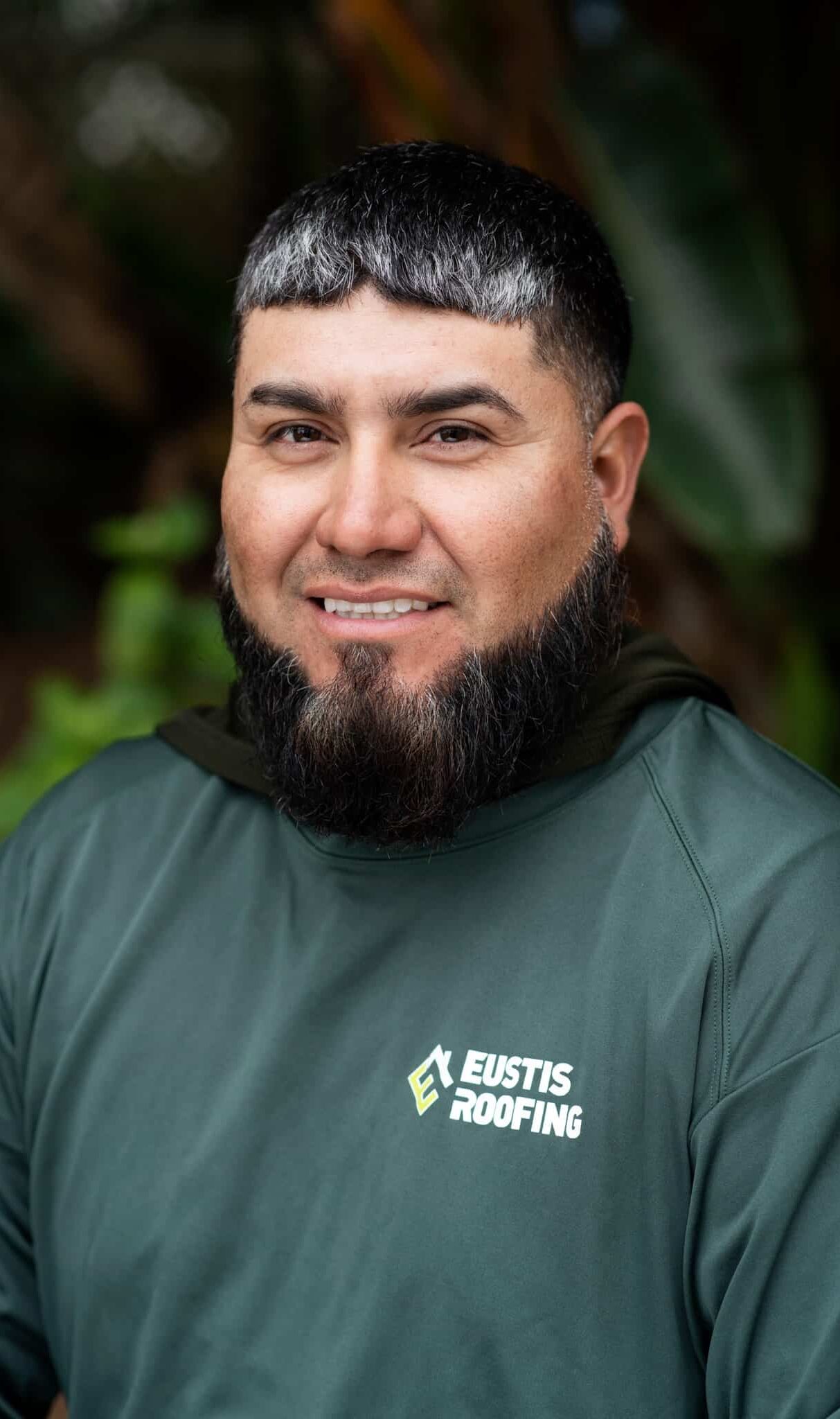 David Aparicio is also top-rate repair tech with ERC! David is above and beyond detailed! David’s workmanship cannot be beaten. His attention to detail is his greatest asset among many other expert roofing skills that we consider to be among the top quality at ERC. David makes roofing an art form. We are extremely proud of his skills and proud to have him as a part of our ERC team. David is a devoted family man. He loves being with his kids – and will be late on the school’s dad’s and donuts day! 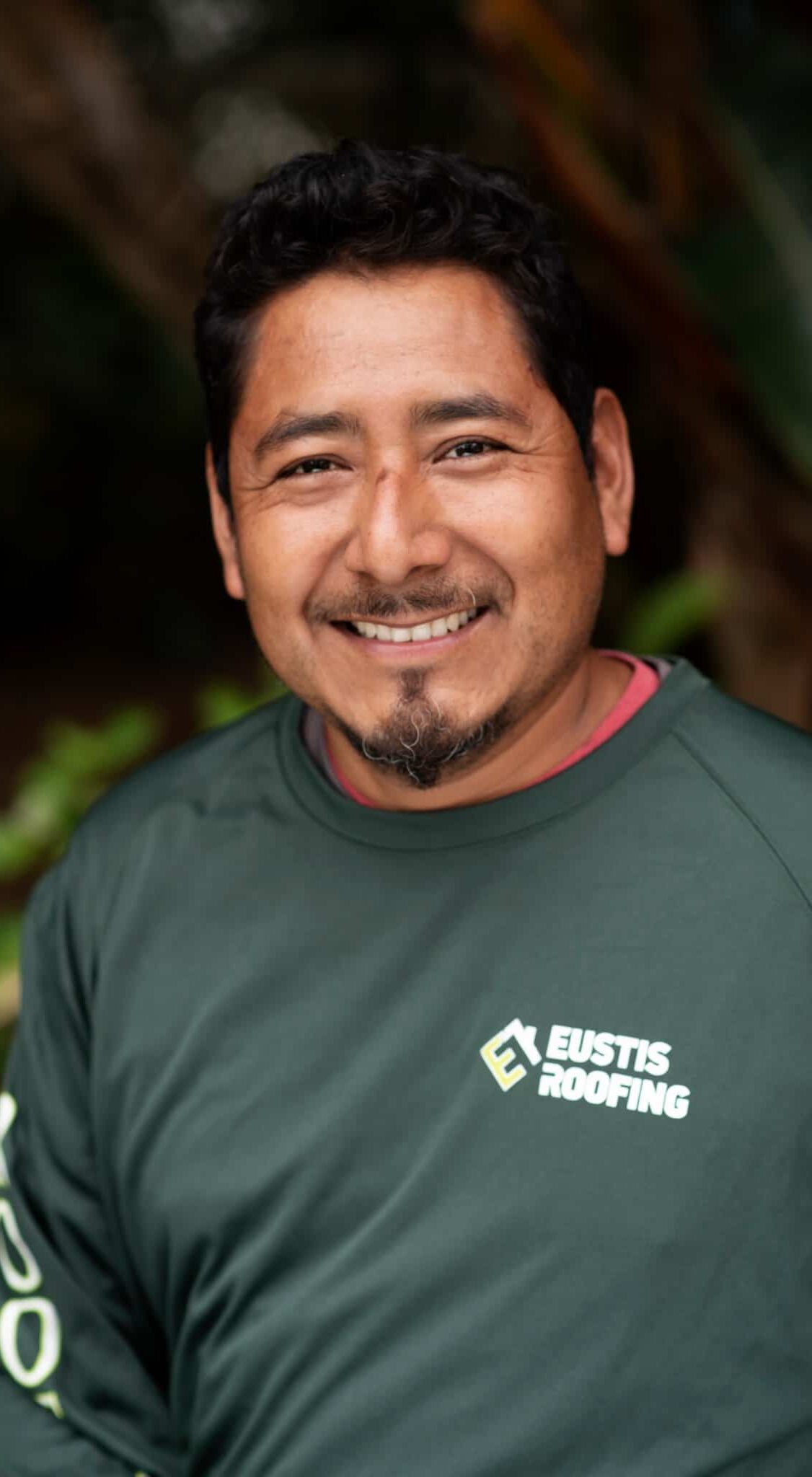 Dean is ERC’s expert in roof repair and I mean EXPERT! A true asset to our team. Dean will get into the attic to pinpoint the leak entry to ensure he doesn’t have to come back. Dean is a “get it right the first time” kinda expert! Dean is clean, neat and his work will testify. Dean loves spending time with his wife, kids, and grandchildren. 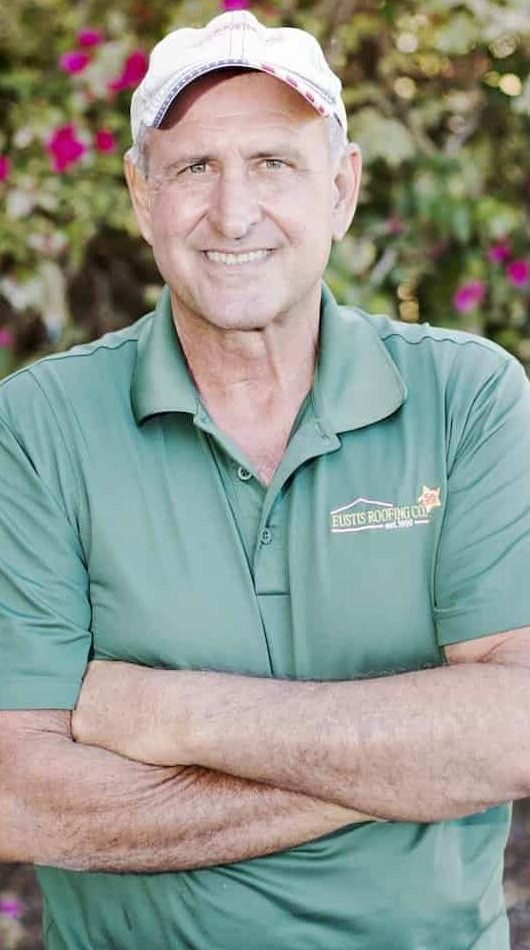 Efrain Castellon, an excellent craftsman, and an asset to our ERC team. Efrain’s detailed work is extraordinary. Efrain is polite, kind, hard-working man whom customers highly admire. He explains things in simple terms and keeps his job sites spotless. Not only is Efrain’s work excellent quality – his customer service skills are top rate. We all have high respect for Efrain and enjoy working with him. Efraim is a newlywed, just purchased his first house with his bride and is enjoying making it home on his off-hours. 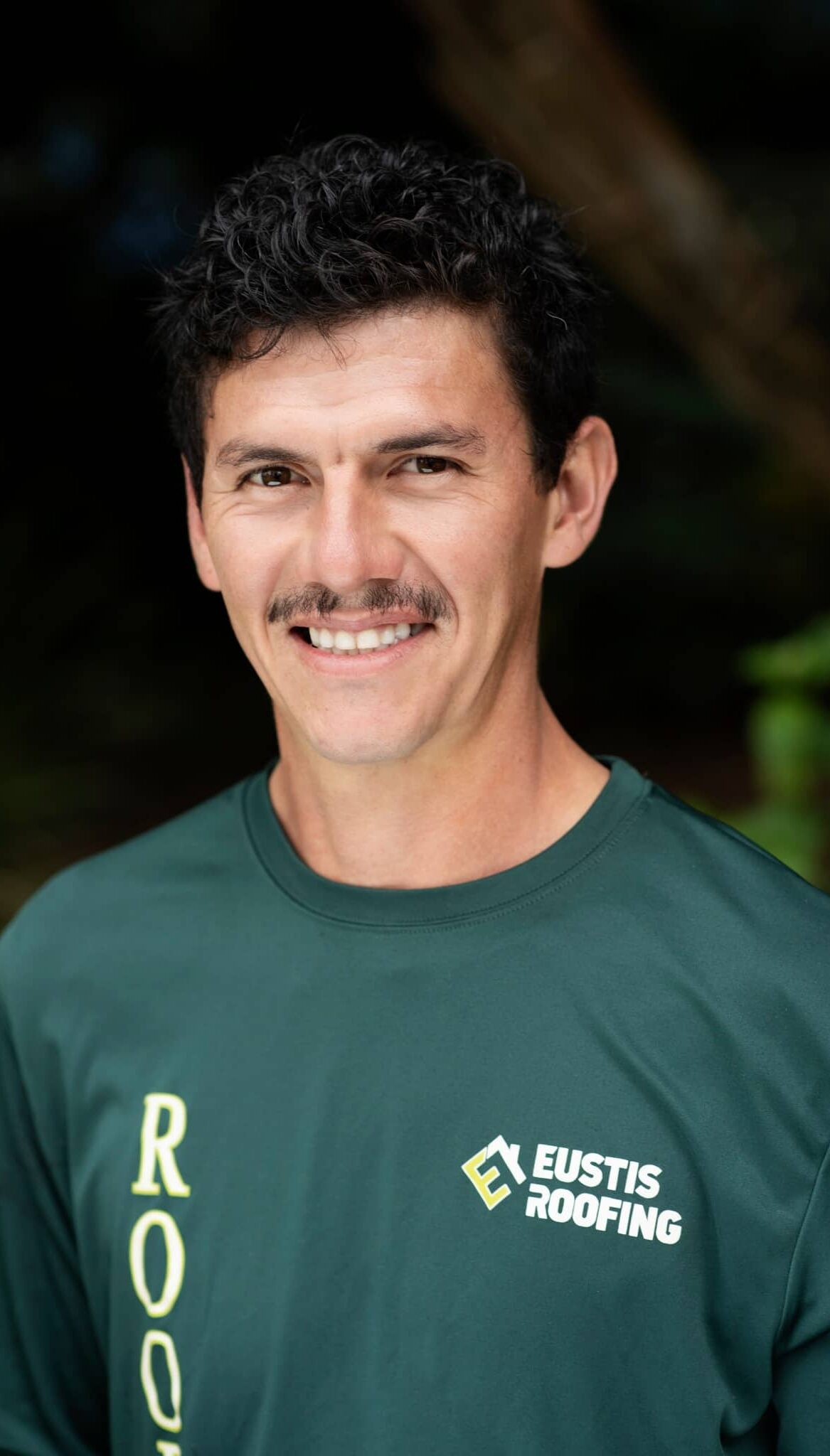 Josiah Reisman is a valued ERC team member and also a member of the Reisman family! An outstanding young man who makes us all proud. Josiah is a quick learner going from working on the roofs as a tear off man, to installer, to repair details and onto overseeing crews in job production. Josiah is a perfectionist and this quality has gotten him far in his young life already. He loves to be outdoors, hiking and very health conscience. 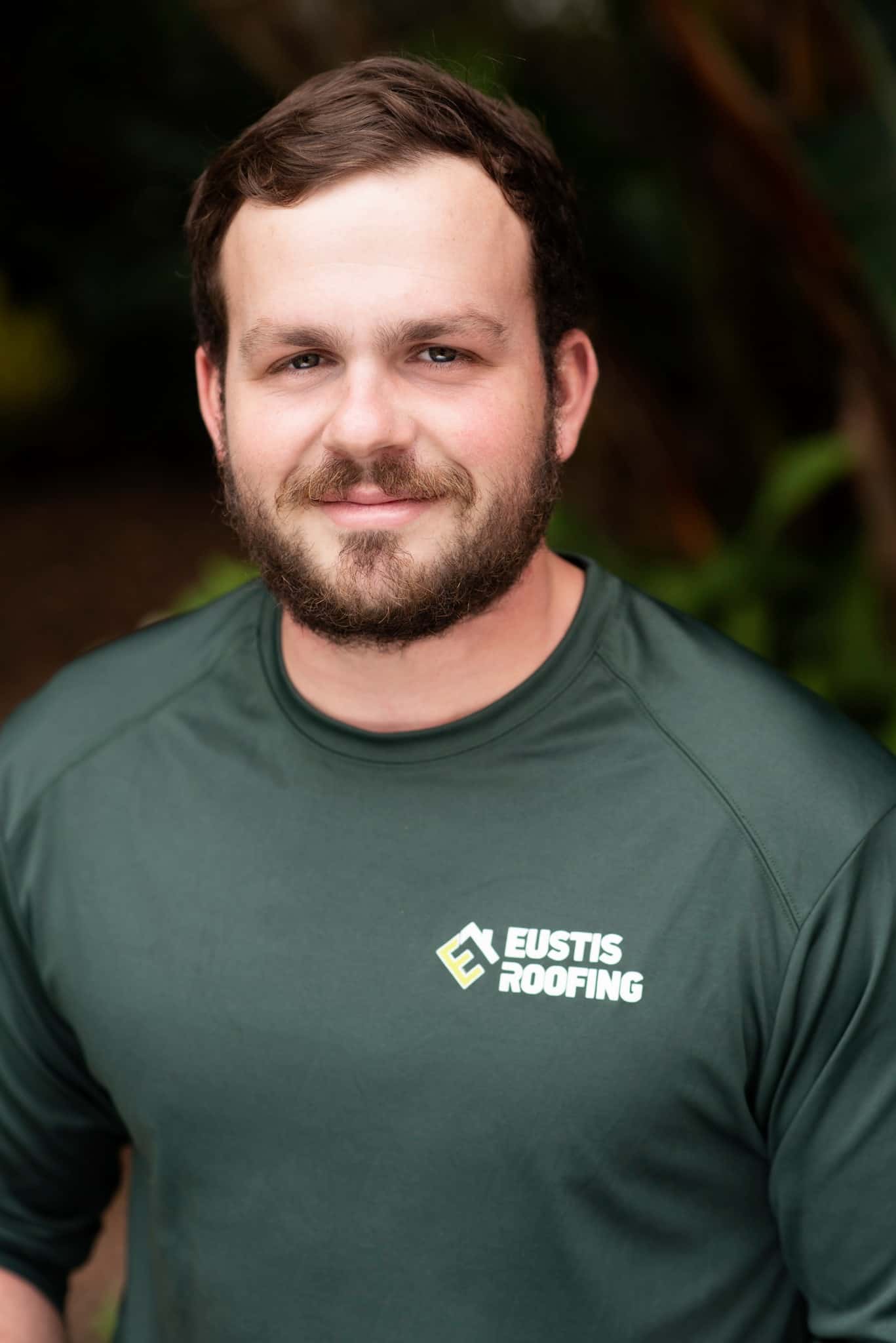